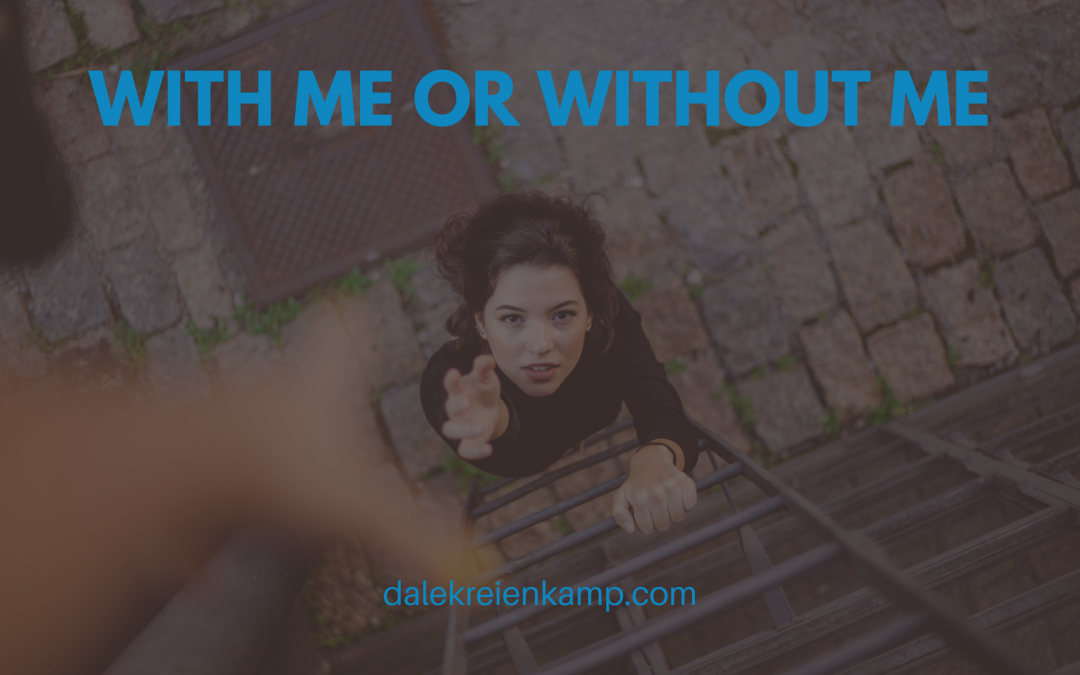 With Me or Without Me?

Think of a time when you were facing a significant challenge, either in your professional or personal life. How did you overcome it? Did you do it on your own or rely on help from others?

My guess is you at least started on your own. That’s our nature.

Ask most people if they want to work with others or by themselves, and many will say, “Work with others.” Yet often it’s because they think it’s the answer they’re supposed to give. If they were honest, most would say, “Yes, but (here it comes) only if the people I’m working with agree with me or let me do what I want.”

Since that doesn’t happen very often, people choose to go on their own. I don’t think that’s very smart.

We are a nation of individualists. In many ways, that strong individualistic spirit is a strength, but it’s also a weakness that continues to reveal itself.

We haven’t learned to work together, and that’s a problem.

I enjoyed the movie “Knight and Day” (2010), starring Tom Cruise and Cameron Diaz. In one memorable scene, Tom Cruise’s character (Roy) is a CIA agent on the run. Because of an “only-in-a-movie” situation, he has Cameron Diaz (June) with him.

Other agents want to kill them both, and June wants to leave. Roy tells her she can go, but her chances of staying alive are much higher with him than without him.

My wife and I will often replay that memorable scene when tackling a problem together. When one of us wants to do it on our own, the other will use that hand motion and say, with a grin: “Without me…With me.”

We are always so much better off with others.

Jesus knew we needed help in this world. He gave us an example when He sent the disciples out to minister. He didn’t send them individually. He sent them out in pairs because he knew they would need the other person for assistance when times got tough:

He called the twelve disciples together and sent them out two by two. He gave them authority over the evil spirits.
(Mark 6:7 GNT)

Jesus also knew we needed Him, yet we so often choose to do things on our own. That’s not the smart way. He wants us to love Him and call on Him when we need help, so we aren’t stuck doing everything on our own.

“Because he loves me,” says the Lord, “I will rescue him; I will protect him, for he acknowledges my name. He will call on me, and I will answer him; I will be with him in trouble, I will deliver him and honor him. With long life I will satisfy him and show him my salvation.”
Psalm 91:14-16

When facing a big challenge, don’t go on your own. You need a partner or a team. And, call on God to join you and help you accomplish your goal.