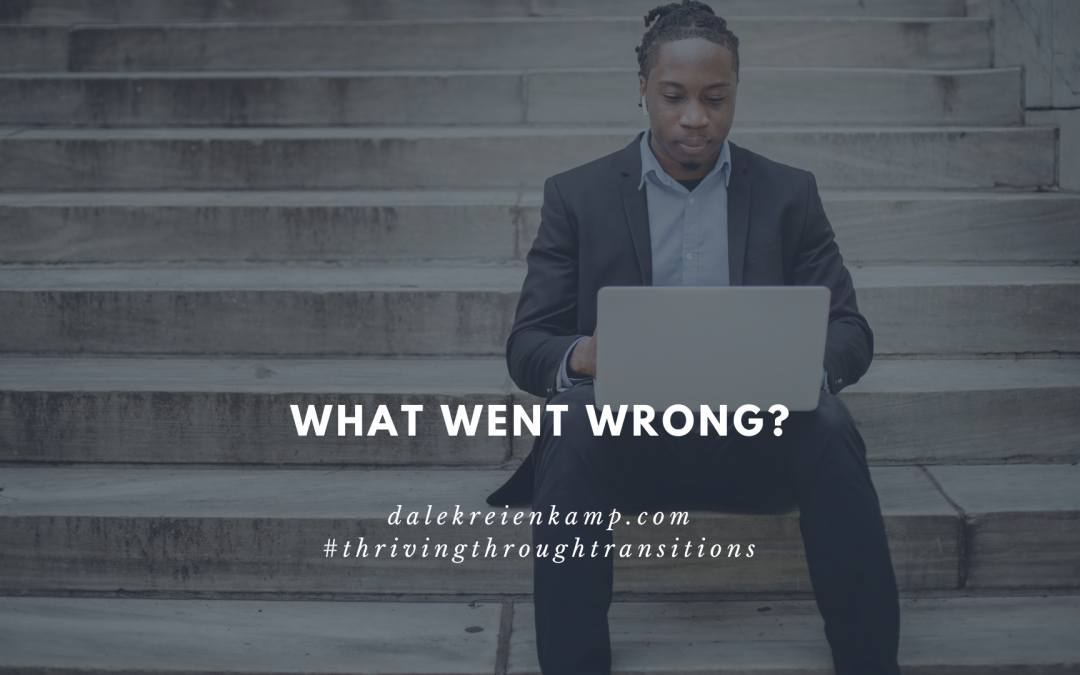 This world will always be imperfect. We all know that.

But, more and more, I find most of us won’t stop trying to make it perfect. We want nothing to go wrong. No mistakes. No slowdowns. So, when we face a problem, many of us run out of patience immediately.

I mean, things are supposed to be perfect, right?

At these critical moments, when life doesn’t go according to plan, most of us fall into one of two camps. (I’ll admit to both of them!)

We either blame someone else…

Or we take on too much personal accountability and responsibility.

Here’s what I mean (and what to do about it).

“It’s not my fault” is a typical opening line, followed by the names of people or departments that should take the blame. In other words, we try to focus the attention on someone else.

It’s widespread today. For years, politicians have blaming the incumbent, the last administration, or the other party. The media loves to point fingers, too. They always seem to know what should have happened.

The reality is, when you blame someone else, you deny your responsibility. There was something you could have or should have done but didn’t.

Early in my career, I found supervisors rarely put up with the blame game. If you tried to explain what went wrong by blaming someone else, leaders would call you out on it and re-focus the conversation on what was your responsibility.

Taking Too Much Personal Responsibility

Opposite of the blamers, we find those who take on the accountability for almost everything. They have an overactive conscience.

It’s great that they are willing to accept responsibility, but they often beat themselves up over things that don’t belong to them.

Where to Focus Instead

When something goes wrong, regardless of whether you are a leader or co-worker, focus on the problem. Ask the simple question, “What went wrong?”

Don’t ask who did or didn’t do something. It’s nearly always the wrong question. It only makes people feel defensive.

Suppose someone at work slips and falls on a wet floor. Blamers will point to the person who didn’t put out a “wet floor” sign out and should have. Or, if there was a sign, they’ll blame the person who fell. I mean, can’t they read?

Those who take on too much responsibility will claim it’s their fault, that they should have noticed, even if they had been on vacation when it happened!

Whether or not these positions are correct, they still miss the problem.

The problem is this: The floor, which should have been dry, was wet! The real question is, “Why?”

If the floor was wet because of a leaky roof, focusing on the responsible parties and a “wet floor” sign will miss the real problem. If you don’t fix the hole, people will continue to slip and fall.

Once we know the real problem is a hole in the roof, then we can focus on why it hasn’t been fixed and what it’ll take to get it fixed. We might even come up with ways to prevent people from falling.

As you work to fix the problem, there may be people who didn’t do what they should have. You’ll identify them at some point in the process, but it shouldn’t be your focus.

Leaders, it’s especially important for you to concentrate on “what went wrong” first. That way, you’ll stop endorsing the unproductive behavior that comes with focusing on the “who” and start solving problems.