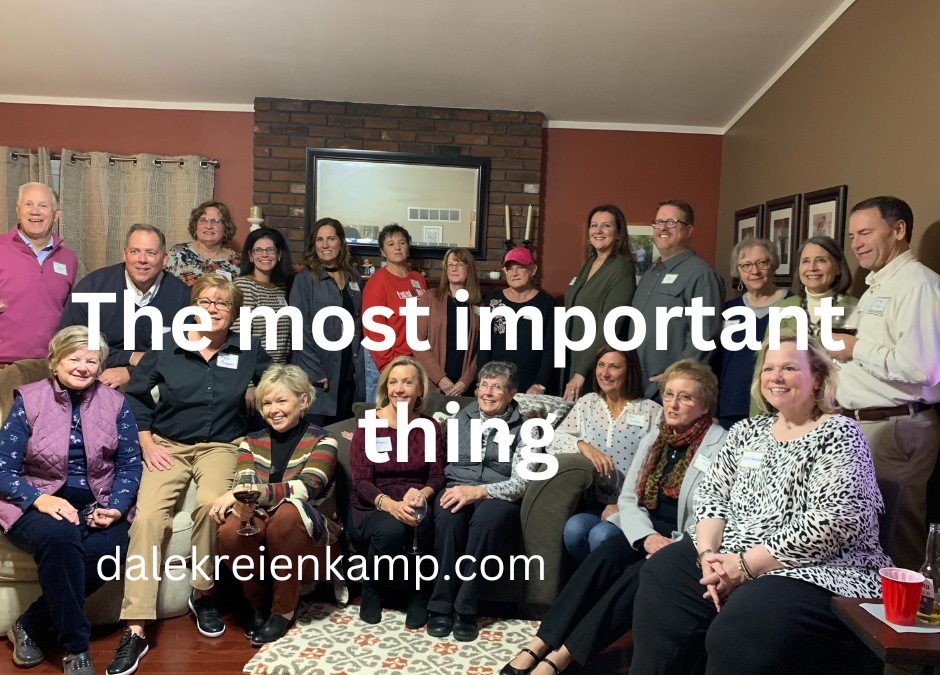 The most important thing

Any success or failure I’ve had in my career, or watched in others, was related to one basic principal. Yet that simple principal is so often overlooked because while it’s simple, it can be complicated.

The most important thing in your career is not a thing, it’s people!

It comes down to people, people, people. Never lose sight of the importance of people in your career. I can count on one hand the individuals in my career that I watched lose their job because of a lack of technical knowledge. It was a lack of focus on relationships with the people they worked with, their peers, leader, or team.

I’ve been amazingly blessed to work with great people. They made me look better than I ever was. They taught me to be a leader and accepted my failures without judgement. When a talented member of our team moved on to a different organization, we celebrated them. Then, an amazing thing happened, someone on our team stepped up in a way I hadn’t previously noticed, or someone new joined the team with the talents we needed. I value relationships and believe they are critical. Each relationship I’ve had with those who worked with me was unique and important. Even more special were the relationships they had with each other. I loved watching them be a “team”.

Work is hard, it always has been and always will be. When you have a good relationship with your leader and your team, the load is lightened, it doesn’t seem as bad or hard. Relationships keep you from being alone or feeling lonely.

This past Saturday evening, I was blessed beyond measure. My wife and I opened our home for the people I worked with over 25 years at a local hospital, where I haven’t worked in 20 years, and they came. There was so much noise, and the laughter was infectious. It was hard to hear the person you were speaking with. Stories long forgotten were re-told, and sometimes someone would say “I don’t remember saying that”, or “did I really do that?” and everyone would chime in with “yes you did.” The successes they have enjoyed since working together have been amazing to hear about, yet they talked most about the people they enjoyed working with at the hospital.

During this celebration, no one was talking about the hard work or things accomplished. The conversations were about each other, about the people they remembered.

Contrast that with today when everyone seems to talk more about the hard work, not their connection with the people they work with. Sadly, we’re living in a disconnected time.

Invest in building and maintaining relationships and everything else becomes easier.