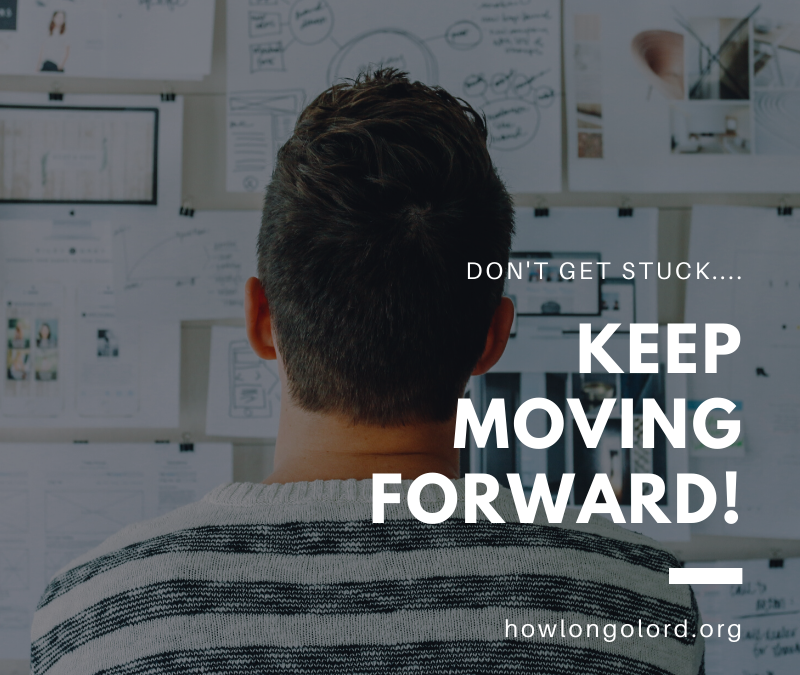 Three frogs sit on a log. One decides to jump off. How many frogs remain?

Think again: because deciding to do something and doing something are two different things….

Deciding to jump is about planning, but jumping is about the execution of that plan.

If we have the choice between the two — planning or executing a plan — most of us would choose the planning. It’s safer. Plans look great on paper. They’re full of projections and assumptions — and they sound great when you talk about them with others.

Planning is about the future, not about current action.

When we execute a plan, however, we expect it to succeed but often worry it will fail. We become accountable for results, and most of us don’t like to be held accountable.

We fear failure more than we anticipate success. It’s easy to get stuck in an endless loop, seeking a “perfect plan” before we start anything.

In Numbers 13, the Children of Israel had walked from Egypt to the edge of Canaan — the land God promised they would one day inhabit.

They had seen many miracles to this point. They escaped slavery in Egypt, seeing the Red Sea part before them and Pharaoh’s army crushed. Then, they had a pillar of cloud by day and fire by night, guiding them and protecting them from enemies.

After all of that, you would think their faith in God would be strong.

So, when Moses sent twelve spies into Canaan, he wanted them to tell him how good the promised land was so they could start planning for the future.

Two of the spies, Joshua and Caleb, presented a good report to Moses and the Israelites. Yet instead of focusing on the positives, the people focused on the negatives, listening to the ten fearful spies who brought back a bad report.

But Caleb reassured the people as they stood before Moses. “Let us go up at once and possess it,” he said, “for we are well able to conquer it!” “Not against people as strong as they are!” the other spies said. “They would crush us!” So the majority report of the spies was negative: “The land is full of warriors, the people are powerfully built, and we saw some of the Anakim there, descendants of the ancient race of giants. We felt like grasshoppers before them, they were so tall!” (Numbers 13:30-33)

Because of fear, they never took that First Step forward to execute their plan.

How about you? Are you stuck in planning mode?

Over the years, I’ve learned there is no perfect plan. All plans encounter problems. You’ll need to react and make changes, but the goal is to keep moving forward. And you can’t move forward if you don’t take the First Step.

If you are stuck in endless preparation, ask yourself what’s keeping you there. What do you fear? Don’t let those fears keep you in planning mode! Ask for God’s wisdom, then take the First Step.