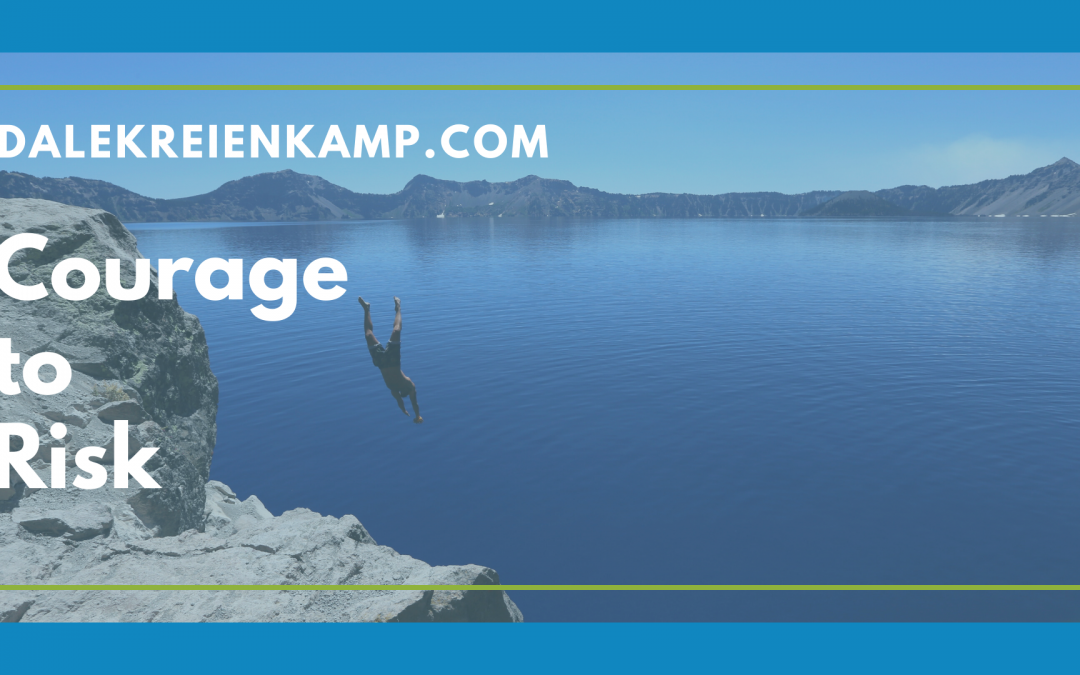 The Courage to Risk

The leadership team was meeting.

Everyone agreed: This is a significant acquisition, and it would help to get more information before moving forward. They retained a consulting group who brought in twelve of their best to evaluate the acquisition.

When the consultants reported their findings, however, they were split.

Two of them said, “It’s a great move for you. This acquisition is a game–changer! Yes, there will be challenges, but it will be worth it.”

The other ten said, in a variety of ways, “No way, don’t do it. The obstacles are too great to guarantee success.”

What about you? If you were one of those making the decision, would you take the risk? If ten of the twelve people whom you asked to provide guidance said, “Don’t,” would you have the courage to say, “Yes, let’s do it!”—even though you knew there was a chance of failure?

I’m not certain I would have. I’ve always been one to avoid risk. When I do take a risk, it’s a low, calculated one. It’s safe.

When I reflect on this, I wonder what God thinks of my risk aversion? Did he give me the wisdom to prevent a major problem, or did he shake his head and say, “Dale, you missed an opportunity.”

I think it’s been a little of both.

In a recent Harvard Business Review article, “Your Company is Too Risk-Averse”, the authors reviewed the psychology of loss aversion.

They concluded that, when we make decisions, we place greater weight on the potential loss than on the potential gain. I think they’re right! We focus on the risk of failure more than the opportunity.

Today, most of us are short-sighted. We want immediate results with no risk. And when someone takes a risk and fails, it seems like everyone else is quick to pile on and criticize the decision.

Risk and courage go hand in hand. You must have courage to take risks. If there isn’t a risk, you don’t need courage.

As you assess risk, is your courage built on your skill, or is it based on God’s plan for you? Or do you just rush in, make decisions, and then ask for His help to bail you out? I know I’ve done that in my life.

The proper formula is this: Invite God in first. Then, ask for His wisdom before making the decision, before evaluating the risk.

From there, if we believe we are to move forward, we need the courage to trust in God.

The opening story might sound a little familiar because it came from the book of Deuteronomy, when the Children of Israel stood at the edge of the Promised Land and they didn’t take the risk and God had them wander the desert for the next 40 years.

In spite of this, you did not trust in the Lord your God, who went ahead of you on your journey, in fire by night and in a cloud by day, to search out places for you to camp and to show you the way you should go. When the Lord heard what you said, he was angry and solemnly swore: “No one from this evil generation shall see the good land I swore to give your ancestors. (Deuteronomy 1:32-35)

A generation later, the Children of Israel were ready to step forward under a different leader. They were prepared, accepted the risk, trusted in God, and found success.

We’re much better off taking a risk with God than without Him. And, He likes it when we are ready to do something in His name that only He can bring to pass.