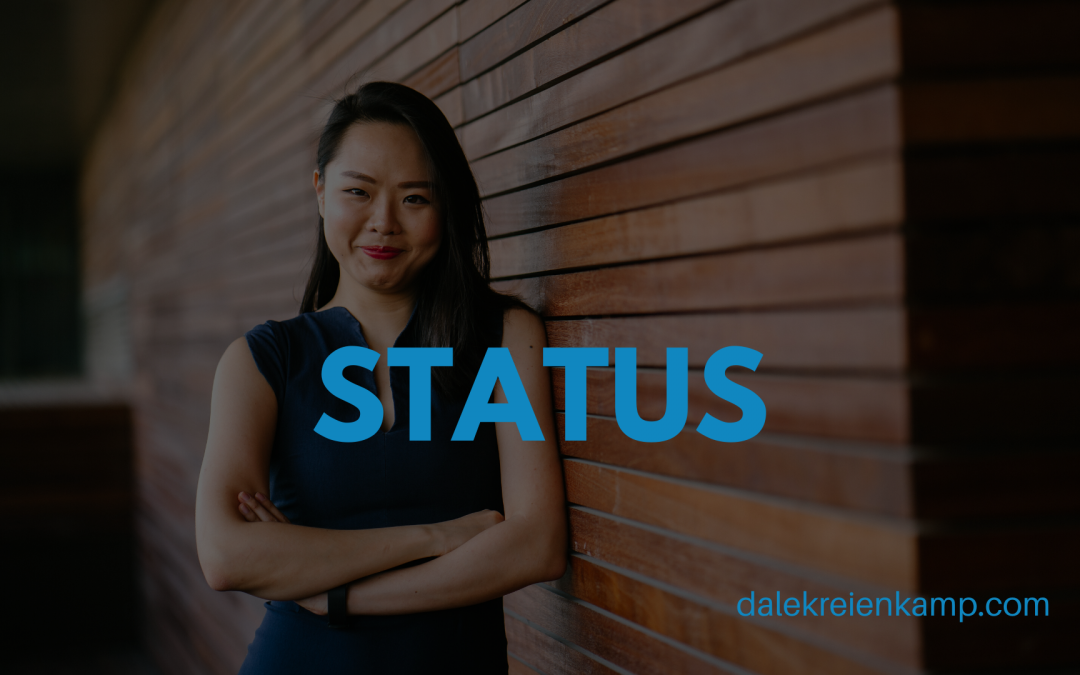 Michelle grumbled about the new computer system. She didn’t like it. Michelle knew the old system inside and out, having worked with it for fifteen years. When someone needed information, they would go to her, and she could help.

Last year, however, when management had the new system installed, Michelle’s world changed. It allowed others to get the information they needed without her. Even though she knew how to use it, she still didn’t like it.

And she grumbled about it to anyone who would listen.

Some of her co-workers thought Michelle was resisting change because she didn’t want to learn anything new. That wasn’t necessarily true—even Michelle was uncertain why she didn’t like the system. Besides, her job was easier now.

What Michelle and her co-workers didn’t understand is that the new system impacted Michelle’s informal status. She used to be special and needed. She could help people.

Now, she no longer felt special. Michelle was like everyone else now.

Organizations have formal status, such as job titles, office space, parking privileges, special perquisites. There is also informal status. It can be the kind of status Michelle had—specialized knowledge that required others to seek her out.

It can also be a position on a select committee. Even less formally, it can be having the “ear” of the leader of the department.

Today the word “status” can evoke negative emotions. We associate it with words like elite, arrogance, privileged, white, and entitlement. Most of us believe seeking “status” is wrong.

Yet everyone has a need for a degree of status, even if they don’t talk about it or admit it. It’s how we perceive our relative importance to others. It’s the social “pecking order.” We are not all equal, no matter how often we say we want everyone to be equal.

Even Jesus’ disciples argued about status: They came to Capernaum. When he [Jesus] was in the house, he asked them, “What were you arguing about on the road?” But they kept quiet because on the way they had argued about who was the greatest (Mark 9:33-34).

We’re all different, so the importance we place on status isn’t the same for everyone. Some don’t care much about it, others crave it, and most of us are in between. It can be a powerful motivator for your team. Team members will do things for no compensation if they perceive it will enhance their status.

The opposite is also significant. For example, transition periods threaten everyone’s status, and team members will react negatively.

If you are a leader, it’s not always easy to know how important status is to your team members. Pay attention to how they react.

A strong need for status is easy to spot in your team. You’ll see that competitive edge—trying to be the best salesperson, seeking out and volunteer for special assignments, or wanting the office closest to their leader.

And times of change often threaten an individual’s status, like when an employee:

A rule of thumb for your team or teammates, build up their feelings of importance. We all appreciate feeling valued and needed.

This is part two of my series on Logic vs. Emotions. You can read the first article here.