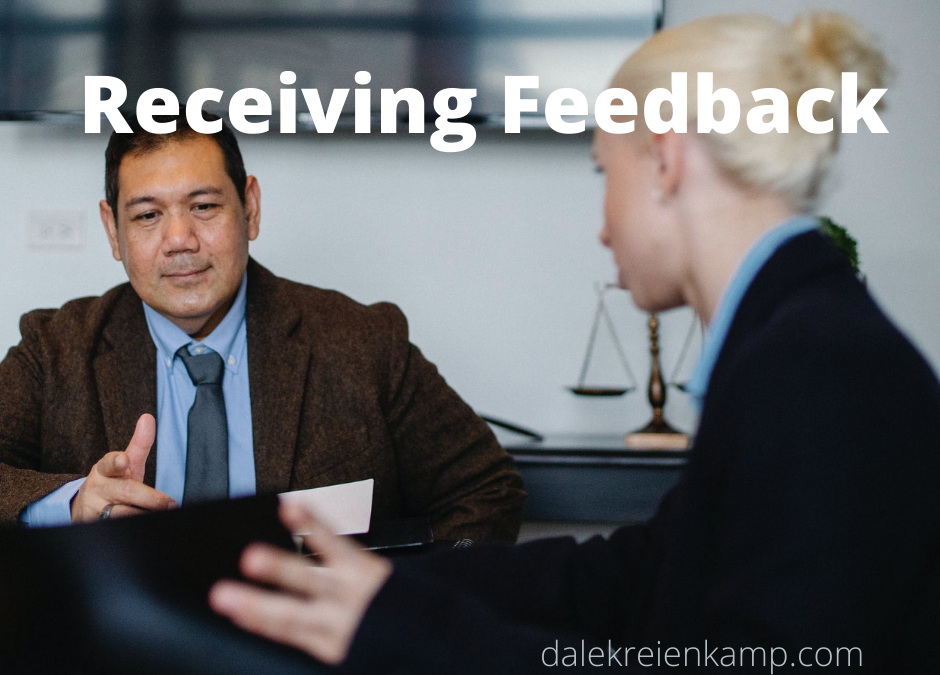 College graduations are just around the corner. New graduates will be picking up their diploma and ready to begin their working career. I love new graduates; I was one once in my life.

Feedback is invaluable to new graduates because it helps guide them early in their career when “they don’t know what they don’t know.” Feedback gives direction and encouragement.

Feedback isn’t just important to new graduates—it’s important to everyone, regardless of how long you’ve been working in your career. Yet while it’s crucial for every one of us, we rarely hear anyone talk about receiving good feedback.

I believe the problem is most people don’t receive feedback well. If you make yourself open to receiving feedback, if you really welcome it and are thankful for it, you’ll get more of it. The feedback may or may not be what you want to hear, but often it’s what you need to hear.

Those who say they want feedback, usually only want feedback when they are told they are doing something well. They often receive feedback that isn’t affirming of them as criticism, and their defenses go up, causing them to miss advice on getting better.

When they feel criticized in the feedback they receive, things they didn’t want to hear, they usually react in one of three ways.

These types of reactions keep you from getting the feedback you might need. Why?

Many leaders struggle to give feedback. You might believe a requirement of being a leader is giving great feedback, but it isn’t. The majority don’t feel comfortable giving feedback, even though they know it’s important.

They are uncomfortable because they dread the type of responses I just described. When a leader receives a negative reaction from the person they are trying to help, it makes them hold off on providing feedback because they don’t like the conflict. They say to themselves, “Since you don’t care enough to receive my feedback when I’m trying to help you, I just won’t provide feedback.” And they don’t and you lose out on valuable information.

When you receive feedback, good and bad, make certain you understand it. Clarifying questions are okay but, it’s not a debate. Remember to thank the person for taking the time to tell you. It let’s them know you are open to receiving more feedback.  With more feedback, you’ll become smarter and better at your work.

If you listen to constructive criticism, you will be at home among the wise. Proverbs 15:31(NLT).