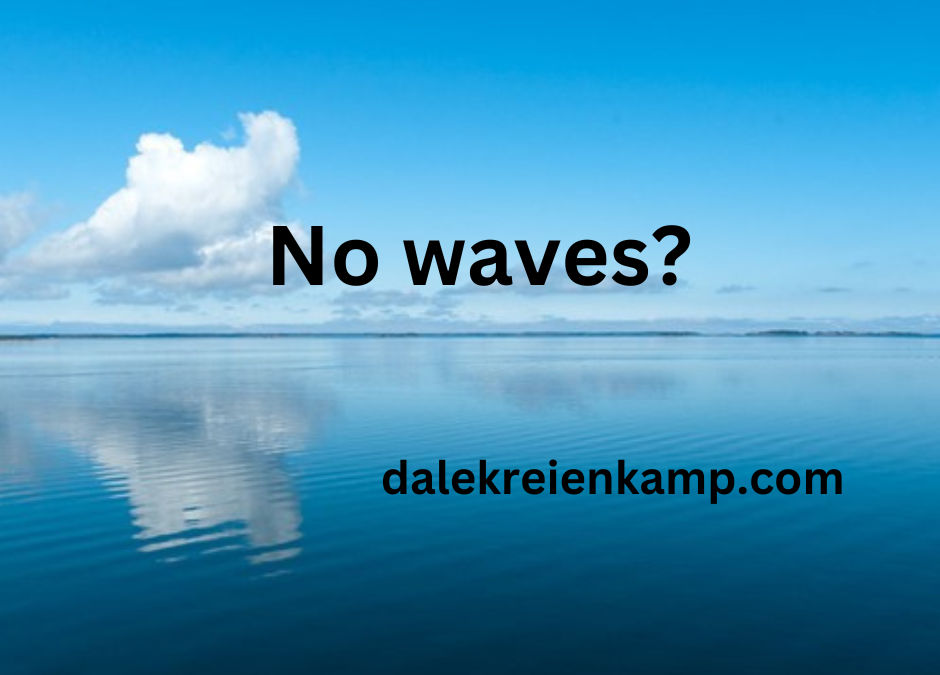 It was a simple question for the Executive Director, “Tell me how your team handles conflict?” She proudly responded, “We don’t have conflict, we all get along great.” Her answer spoke volumes about her leadership. The more I worked with them, I found she expected peace, harmony and didn’t like to make decisions, they were made by consensus of the team. She wanted “calm seas with no waves” for her team and saw any disagreement as negative. Was that really best for her team and the organization? There was no outward conflict, but it existed below the surface. Team members were frustrated at not being able to say what was on their mind. Their consensus decisions weren’t always the best decisions because they couldn’t disagree and find the best solution. They blindly went along with bad decisions, which wasn’t good for the organization.

One truth we can’t avoid is we will have conflict. It’s true. If two people look at the same problem and each has a different idea on what to do, there will be conflict. You can’t go through a day without some type of conflict. If you don’t like conflict, get out of leadership.

I’m not suggesting we should enjoy conflict and seek it out. Conflict isn’t bad, but how we deal or don’t deal with it can be. Too often when there is a disagreement one of the parties personalizes it. They take the disagreement as a criticism or lack of respect for their knowledge, wisdom, past experiences, or position, instead of a different perspective. I’ve done that and I’ll be you have too. It would be better to spend time understanding their perspective and how they came to their position.

Leaders need input from their team members, not necessarily agreement, to make better decisions. If you are gathering input, don’t speak first and tell them what you think. Ask them to share their views, which should be different because each member comes to the table with a unique perspective. If everyone says the same thing, you should be concerned. While it may be one of those decisions for which there is one obvious choice, that’s extremely rare. Most likely there is a problem with psychological safety within the group or they don’t know how to disagree.

Psychological safety – develops when team members are focused on a common goal or purpose. They aren’t just a group of individuals; they are a team. They must feel it’s safe to challenge each other without repercussions, especially from you as the team leader. Make certain everyone is heard and valued for what they have to say. Teams with psychological safety listen to understand, not to respond.

Understanding how to disagree – is important for teams, but it’s not easy. It starts with a clear understanding the goal is what’s best for the team and organization. Being right isn’t the most important, making a good decision is.  Teach them to be curious, seeking to learn what’s behind the team member’s belief. Affirm different thoughts and ideas. Set boundaries on how the team disagrees, what is and is not acceptable.

The absence of conflict, i.e., having “no waves” shouldn’t be the goal. Conflict is inevitable. Dealing with it in a healthy way will lead to better decisions for your team and organization.

Do nothing out of selfish ambition or vain conceit. Rather, in humility value others above yourselves, not looking to your own interests but each of you to the interests of the others. Philippians 2:3-4