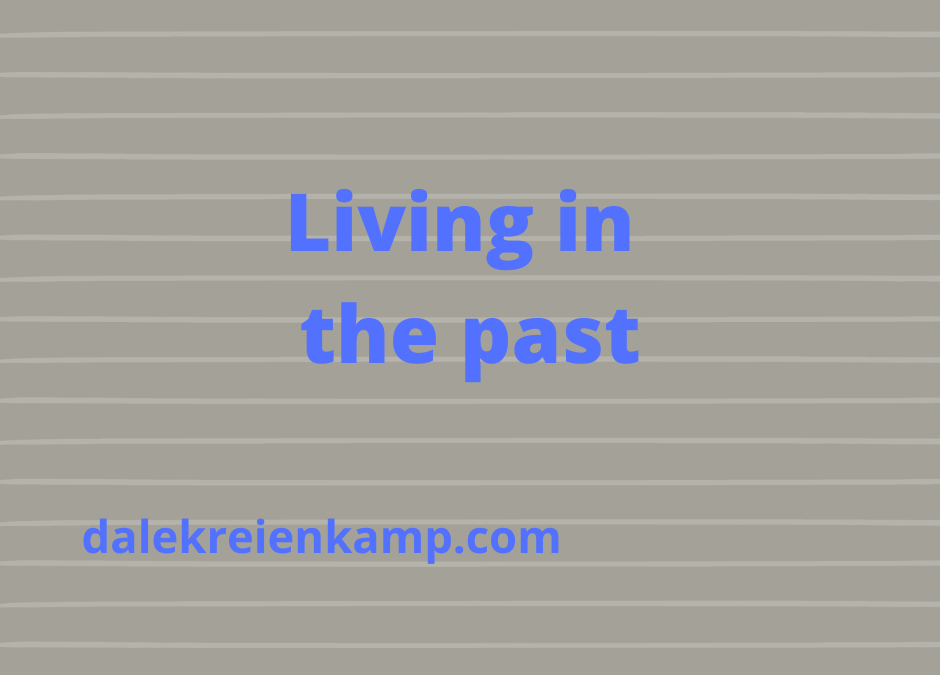 Living in the past

Lisa is frustrated and beginning to feel anxious. It’s been 90 days since the acquisition of a small competitor in a new market and progress with the new company has been extremely slow. She continues to see staff wearing shirts with the previous company name on them, staff constantly refer to “the way we’ve always done it here at …” and continue to refer to a time when they were a bigger player in the market.

Paul has been the new Pastor at his church for a little more than a year. He knew the church had been slowly declining for several years and he came with a belief it could become vibrant again. He’s amazed at the continual references to “back when …”, or referencing with pride the commitment years ago to upgrade the organ, or to the decorating of the church each year at Christmas.

Lisa and Paul are leaders dealing with the same challenge. They are each leading an organization that is stuck living in the past.

This isn’t uncommon for organizations, yet it often goes unrecognized until there is a crisis. An organization has only so much energy and resources to use. If it’s focused on preserving the legacy of the past, it can’t focus on where it needs to focus, the future.

Here are five reasons organizations remain stuck living in the past.

We can learn from our past, but don’t want to remain stuck there.

But the Lord says, “Do not cling to events of the past or dwell on what happened long ago. Watch for the new thing I am going to do. It is happening already—you can see it now! I will make a road through the wilderness and give you streams of water there. Isaiah 43:18-19 GNT