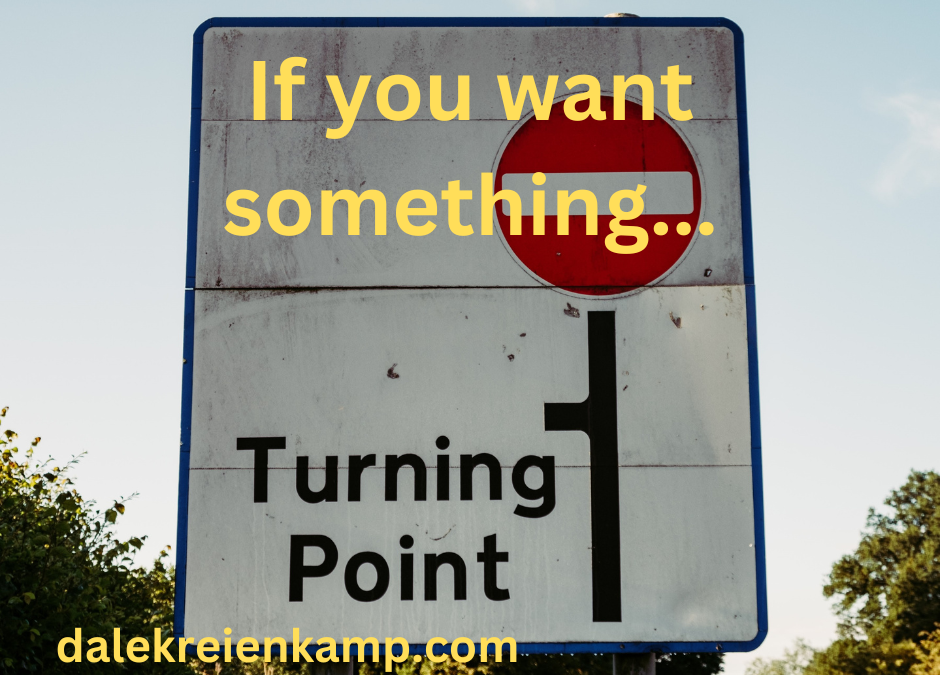 If you want something …

How badly do you want it?

It’s a simple question, however the answer requires something from you. It’s a question about your desire and commitment.

These days I find the most common response to this question is what I call a “take it or leave it” response, meaning if it happens great, but if it doesn’t, that’s okay too. That response also means the person doesn’t want to have to do much to get it.

Too many people today have an entitlement mentality, believing things should be handed to them. Whatever happened to working hard and earning something? Those who work hard and take risks are vilified in the media, as if they’ve done something wrong, instead of recognition that they’ve done what others aren’t willing to do.

Too often we want something to be different, but we don’t want it to cost us anything personally. We don’t want to have to change our habits, commit more of our time or resources to achieve what we’re looking for.

When I’m working with an organization on strategic planning, I challenge them with this question.

What are you willing to give up or change to achieve your goals?

An organization cannot continue to do what they’ve been doing and expect different results. They have choices to make to move the needle forward.

You and I are no different from an organization, we need to wrestle with this question, just change it to be for you. Ask yourself, “What am I willing to give up or change to achieve my goals or dreams?”

Sometimes it means we will stop doing something. When I stop doing something, the positive results may be that I have more time to use in another way. I might have time to begin something I’ve never felt I had enough time for. Sometimes what we stop doing, wasn’t very helpful for us. During the holiday season we all eat too many cookies, cakes and snacks. If we stop it, it might be easier to lose weight.

Or we can change. Yikes! That’s scary.

I read something recently that has stuck with me, which I can’t get out of my head as I begin the new year. I believe it’s important for you and me.

If you want something you’ve never had, you’re going to have to do some things you’ve never done. – Bob Beaudine – “2 Chairs”

Doing something we’ve never done before is change.

Too often we freeze at the thought of doing new things and become paralyzed with fear because there is a risk we could fail in whatever new thing we are doing.

It’s true, there is a possibility we might bomb at whatever we attempt. If that happens, accept that you learned something that didn’t work, make an adjustment and be ready to try something new again.

We forget the other possibility that comes with doing something we’ve never done before. We succeed! Success might be just what we hoped for, but we might also succeed beyond our wildest dreams and expectations.

You don’t need to change everything, but make a goal for this coming year to do two things:

When you do I believe you’ll be surprised at the progress and success you have.

Brothers, I do not consider that I have made it my own. But one thing I do: forgetting what lies behind and straining forward to what lies ahead, I press on toward the goal for the prize of the upward call of God in Christ Jesus. Philippians 3: 13-14