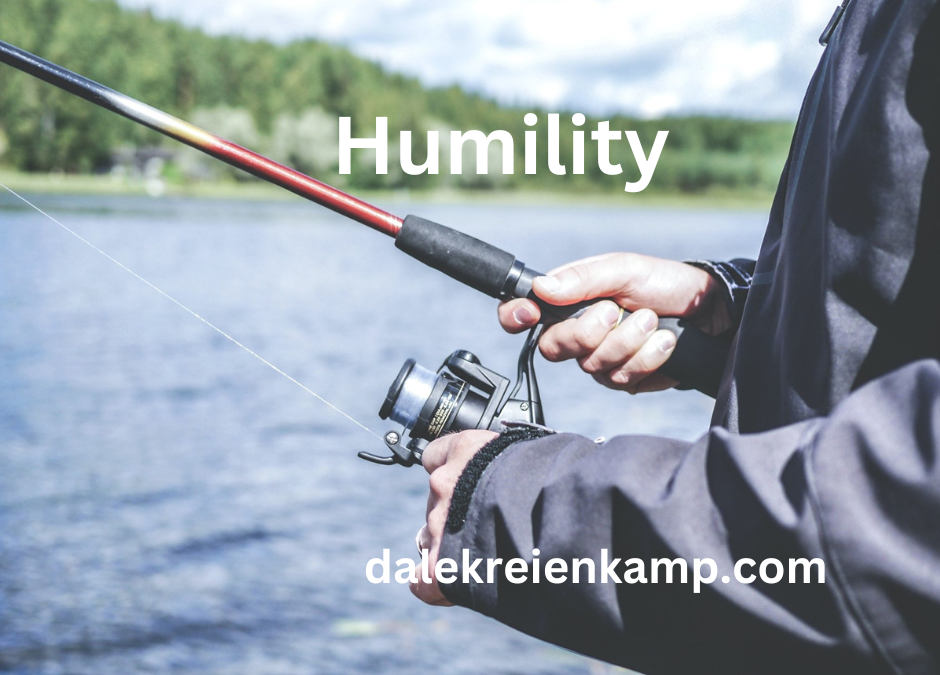 I was recently humbled, and my pride made that experience difficult. Are you like me? I love to golf, I do it well. My best friend golfs with me, and he really loves to fish, yet I haven’t really spent much time fishing in decades. I wanted to spend time with him doing what we both can enjoy. With a new fishing pole in hand, I called Don and said, “let’s head out to Busch Wildlife and fish on Saturday morning”, and off we went.

I have an open face reel, a significant improvement from the Zebco 202 reel I had when I was a young boy, but a little more complicated to get used to. In our 2 hours together,

My friend was patient, helpful and I think he only once said something like, “this kind of reminds me of fishing with my kids when they were little.”

If you are a fisherman, you are laughing at this. If you aren’t, you can still tell that it wasn’t a good morning fishing, and yes, my pride was wounded. I knew I wasn’t going to be good at fishing after not doing it for years, but it was worse than I imagined. I was embarrassed. It didn’t feel good.

When your pride is wounded, there are two typical responses.

When we are kids, the natural reaction is B), keep doing it to get better. We don’t like not being able to do something. It doesn’t matter if was learning to tie shoes, ride a bike, play catch, or fish. You just kept doing it and the more you did it the more natural it became, and you got better.

As we get older, wounded pride sends many people in the other direction. They choose A) and just give it up. Pride is how good we feel when we accomplish something, and we like that feeling. The dictionary defines it as “a feeling of deep pleasure or satisfaction derived from one’s own achievements.”  People who don’t want their pride wounded, avoid where they know they will fail. They also avoid new things, because with everything new, there is a risk of failure. Sadly the focus becomes pain avoidance.

Humility ignites something different in us when we don’t take ourselves too seriously, or as the dictionary defines it, “a modest or low view of one’s own importance.” It sparks curiosity, a desire to figure out what happened and learn how to get better. When failure doesn’t define you, you’re more apt to dig in and keep at it to get better.

I want to be better at choosing humility. My fishing failure didn’t define me, I will get better, but for now the fish should feel very safe.