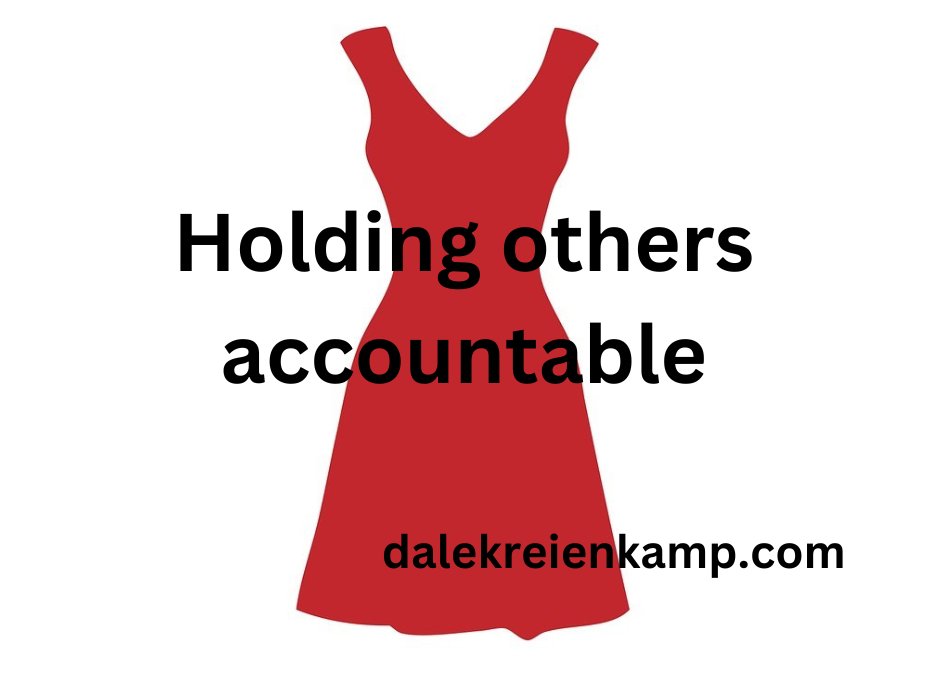 I remember picking up the phone, the employee said, “Mr. Kreienkamp”, my supervisor told me I need to go home and change my outfit, but I don’t think there is anything wrong with it. She says if you say it’s okay, I can stay. Can I come see you?” For some reason, maybe curiosity or just to support her supervisor, I said “yes.” A few minutes later she came to my door, knocked, and came into my office wearing what appeared to be a simple red dress. It was not too short and had a V-neck, but not deep where it showed too much. I was uncertain why she was being sent to me. I asked why her supervisor objected and she said, “She told me it’s appropriate for a weekend party, not work.” Still a bit puzzled, I asked her to turn around. The dress was virtually backless with only some thin “spaghetti straps” crisscrossing all the way up the back. I now understood and knew her manager was correct, it wasn’t appropriate for our work setting. I told her I agreed with her supervisor and why.

Many leaders would have avoided dealing with a dress code issue, it’s too trivial to mess with and holding people accountable isn’t fun. Luckily, her supervisor understood that accountability is about consistency, and it didn’t matter what was going on that day, how small of an issue it was, or whether she wanted to deal with it or not, she had to. The young woman learned that her supervisor not only had high expectations of her but would also hold her accountable to expectations. Accountability brings out the best in people.

There is a simple truth in leadership, which too often is ignored.

When you don’t hold your team accountable, you create a new standard!

As a leader, when you ignore holding your team accountable and allow a new standard, you make your own life harder in the future.

It usually starts small, like a staff member late for a meeting, which you let go and say nothing. Soon, there is a pattern of them being late to meetings. Next, you notice they aren’t finishing their work by deadlines.

When you don’t hold them accountable, trust me, everyone else is watching you and wondering to themselves if you really have expectations. They wonder why they should arrive on time at meetings and turn their work in on time.

If you aren’t careful, soon everyone will be late to meetings and turning in their work.

When you decide to hold everyone accountable for what you have allowed, you can expect to be asked, “why was it okay then, but not now?”

What will your answer be to that question?

Here are some tips on holding people accountable.

If you want the best for your staff, hold them accountable. If don’t want to hold people accountable, don’t become a leader.

People learn from one another, just as iron sharpens iron. Proverbs 27:17 GNT