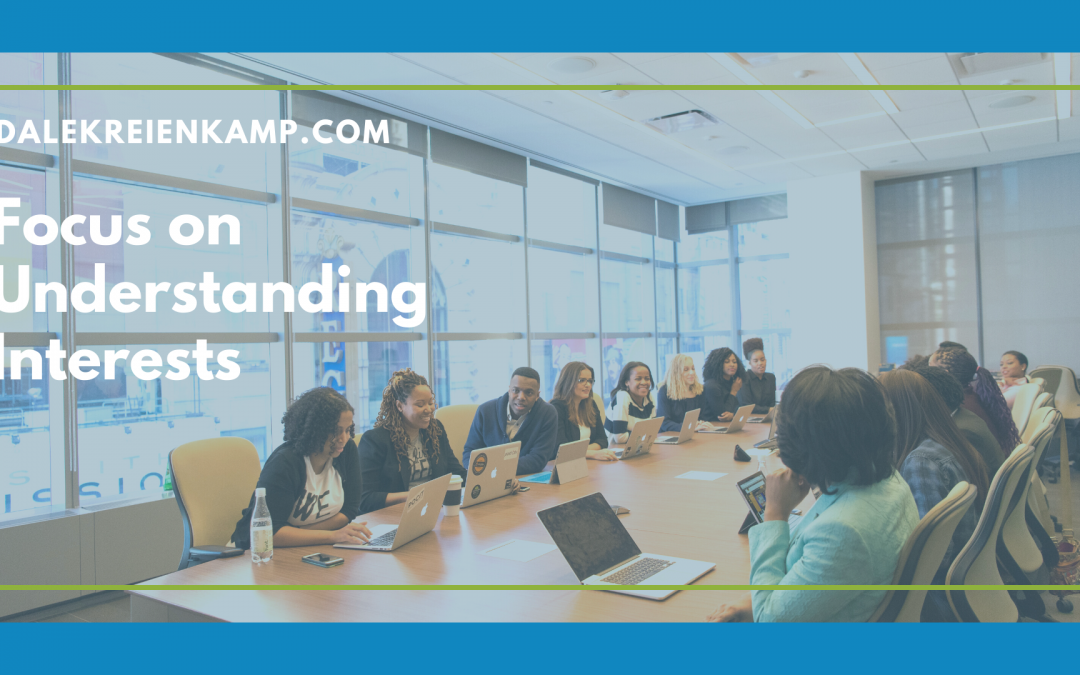 The team was focusing on the project, which required meetings, meetings, and more meetings. The meetings seemed to drag on and on because the team couldn’t reach agreement. There were two different paths available, and most of the team didn’t care which path they took.

The leader wanted the team to make the decision, and so the most vocal three team members were in the conference room trying to reach consensus.

Sam was the more senior member of the team; his position was the team should follow a path like what had been done on similar projects.

Jennifer and Sean were both relatively new, having been hired straight out of college 18 months earlier. While they attended different colleges, they saw the options in the same way and argued a different viewpoint, something new, a different position.

How long do you think their meeting will go? I’m guessing long.

Have you ever been in a situation like that? I have, and I often made the mistake of defending my position.

Why did I say it was a mistake? Because I’ve learned if two people think they are doing what they believe is the right thing (their position), and they aren’t the same, there will be conflict. Conflict isn’t bad, some great solutions come from conflict. However, I’ve learned you can rarely resolve conflict by arguing a position, because it’s rare someone will give in.

What’s the secret to finding consensus? Start with finding out about interests of both parties. Interests are what’s behind a person’s position, what they hope for or are concerned about. Once you know each other’s interests, it’s easier to find a solution that will be workable for each person.

Once my team told me I was stubborn in a conversation where we were both defending our positions. The discussion was about who in our organization should make job offers.

I believed our managers should, because it is important for the manager to develop a relationship with their employee from the start and own part of the process. After all, the employee works for the manager, not the recruiter.

Our talent acquisition team wanted “full cycle” recruiting, which meant the recruiter would make the job offer. They believed this was important because managers weren’t getting it done. No one was holding them accountable and our “days to hire” wasn’t coming down.

Neither of us was wrong. We each had interests that were important to us.

In the end, however, I changed. My team was right. Managers weren’t being held accountable by their leaders to do their part. It was hurting my team and their reputation. So, in the end, we moved to recruiters making the offers.

When you have conflict, remember it’s not about winning and losing, about being right or wrong. The goal is finding a workable solution that meets the needs of all parties.

To get to a workable solution, focus on interests.

I appeal to you, brothers and sisters in the name of our Lord Jesus Christ, that all of you agree with one another in what you say and that there be no divisions among you, but that you be perfectly united in mind and thought. (1 Corinthians 1:10)