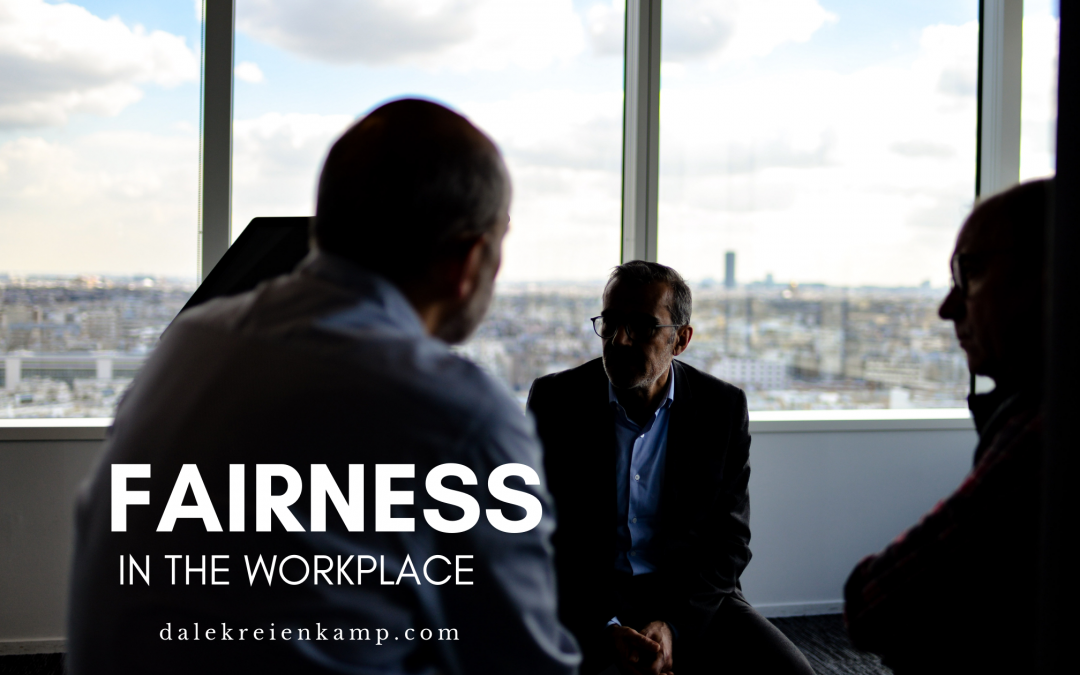 Fairness in the Workplace

“It’s not fair!” Ever hear that phrase? I have heard it many times throughout my career.

I could go on and on with examples as I imagine you could too. What I have learned is, when someone questions fairness, they are experiencing an emotional response to the situation at hand. Their emotional reaction can be so powerful it keeps them from looking objectively, thinking logically or rationally, at what took place. Their emotional response alters their perspective which undermines their level of trust in the person who made the decision or the organization itself.

The challenge we face with fairness is, it is a unique, personal perception about what happened. An individual decides if they believe the decision or outcome was fair or not. Two people can observe the same set of circumstances and one can perceive it to be fair while the other labels it to be unfair.

If you are in a leadership role in which you make decisions, here are a few tips to promote a culture of fairness:

1. Accept that you will not receive 100% agreement about fairness. It is a great goal, but it’s unrealistic. It is better to focus on the majority perceiving fairness because they understand the decision, even if they don’t like the outcome.

a. Start with regular and open, honest communication.

b. Be timely. Tell your team what you know when you know it, good or bad, especially if the information impacts them. When you do, it increases their level of trust. However, when you withhold information, and it surfaces later, you can almost certainly expect a problem. Why? They are surprised, and surprise causes the rational brain to shut down. The emotional brain then takes over. Also, without room or time to process this with you, they begin to wonder what else you aren’t telling them, causing them to be wary and distrustful of you.

3. Share the “why” behind the decision. When I was young and asked my dad for use of the car, he would sometimes say “no,” and that was it. There was no explanation. I thought he was unfair. If he had told me that he, my mom, or older brother needed to go somewhere, I would have accepted his answer because I knew there was no car available.

Too often leaders are like my dad, just telling people the decision. However, when you tell them how and why you made the decision, they are in a better position to understand and even empathize with your decision before jumping to deem it unfair. Without knowing the “why”, decisions seem arbitrary in nature and are more likely to be perceived to be unfair.

“Happiness comes to those who are fair to others and are always just and good” (Psalm 106:3).