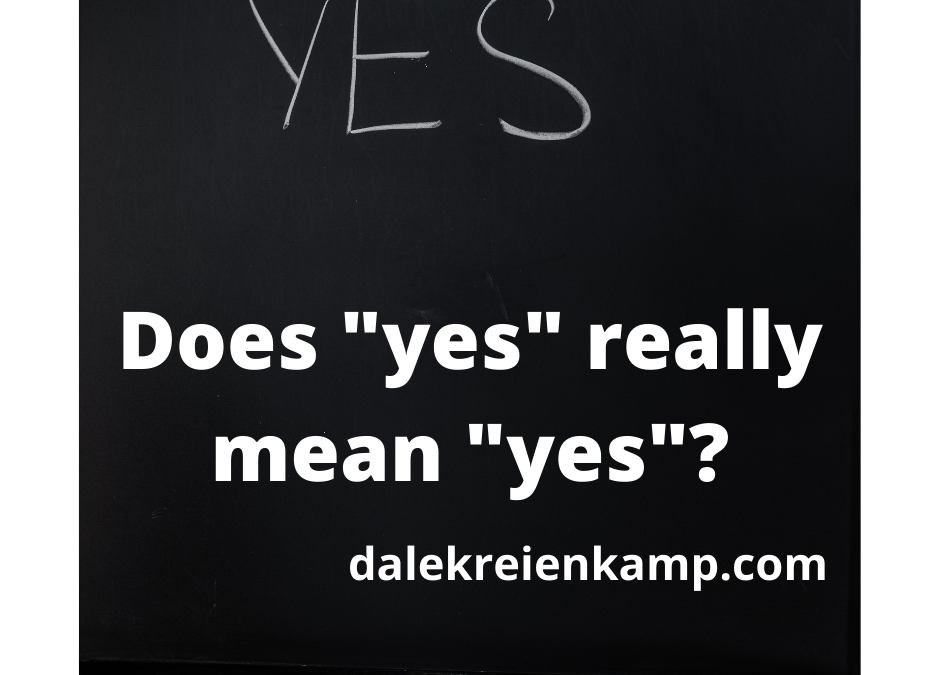 I learned early in my career that things I was taught growing up didn’t always hold true in the corporate world. There is one value I was taught that when it was violated in my work environment, I was both bothered and surprised. I became less and less surprised the more often it happened. I began to think it was the rule, not the exception.

I value commitment. It’s important to me and I struggle when others aren’t committed. I learned about commitment watching my parents as I was growing up. Commitment was modeled every day for me and my brothers. When mom or dad said “yes” to something, it meant you could count on them. They always showed up and never quit, even if it became difficult. They expected the same from us. We couldn’t quit and we had to follow through on our commitments.

As I began my career, I believed that when our leaders said we (the organization) were committed to a new policy, or an initiative, it meant everyone. It wasn’t a suggestion. I also assumed that, more importantly, they would make sure leaders throughout the organization held their team members accountable to living up to the commitment. Most leaders did what was expected, but unfortunately, I learned for there were always some leaders for whom it wasn’t true.

There are significant consequences for an organization when “yes” doesn’t really mean “yes”. The employees and leaders get confused. There is nothing more difficult for a leader than when they do their job and enforce a policy or support the initiative and find out their peer in another department won’t. Their staff will then say, “why do we have to do this when they don’t?” Soon the manager who supported, will stop enforcing and supporting. It becomes contagious in the organization, and then it becomes a failure.

When it happens, Senior leaders look to blame someone and mistakenly point the finger to their employees, “it’s their fault.” No, they aren’t the problem. Everything starts with senior leaders who are responsible for creating a culture where “yes” must mean “yes.” If you allow “yes” to mean “maybe” or “sometimes”, you will struggle to get things accomplished. Being in leadership is hard, it’s not for everyone. If you don’t like it, give up your leadership position.

Today, everyone questions everything. It’s as if we can no longer have standards. I think that is wrong and harmful. People excel when there are expectations for them, and guidelines to follow.

I believe there are 3 important steps you should take before launching a new initiative or rolling out a new policy.

When a man makes a vow to the Lord or takes an oath to obligate himself by a pledge, he must not break his word but must do everything he said. Numbers 30:2