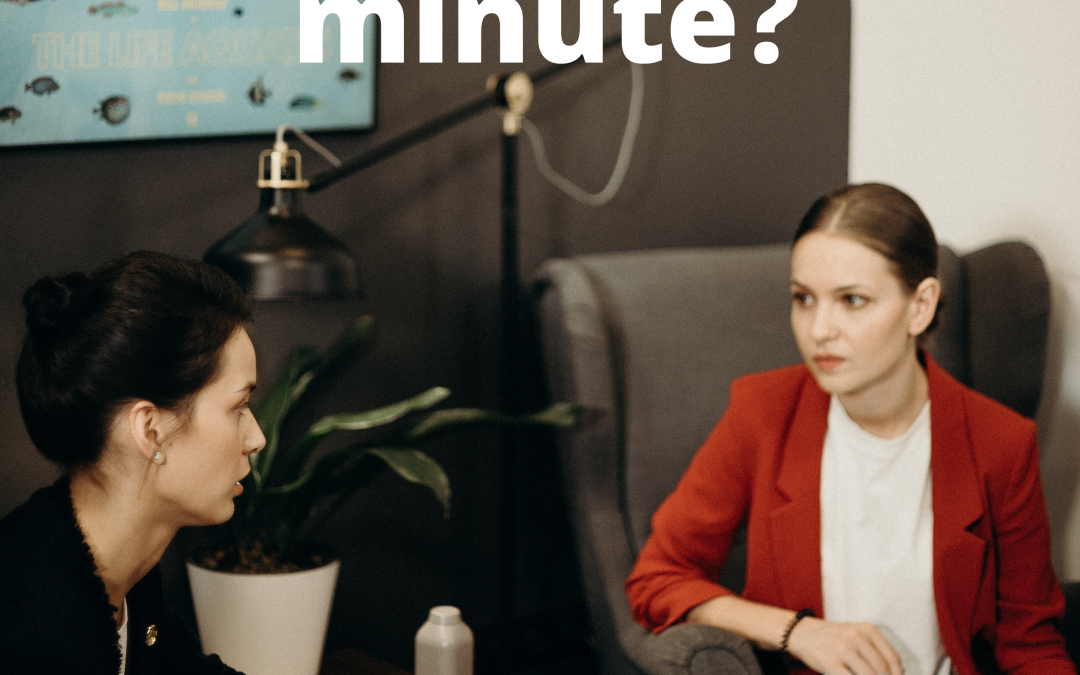 Do you have a minute?

It is a parent teacher conference, Justen and Kathy are discussing their son’s grade with Don, his high school Calculus teacher. There was almost panic in their voices about his grade, which wasn’t an “A”, he was struggling to make a “C.” “He has to have an “A””, Kathy said, or he won’t get into…, and then she named the college of choice. Don wanted to focus on his interest and efforts, but the parents were fixated on the grade. Ask a high school teacher and they can tell you similar stories.

As a society, we focus way too much on grades and a belief that someone’s intelligence is going to predict their future success. It’s important, but it does not predict success. If it did, I would have never been successful at anything because I was not an “A” student.

I have found that someone’s ability to get along with others, to build and maintain relationships is a critical skill for your career. When you have problems in your career, which you will have, it is your relationships that will help you, and help you get through them.  In my career as a human resources executive, I rarely saw someone lose a job because they were not smart enough, usually it was their people skills that failed them, and they had no relationships to lean on for help.

My tip for today is a five-word phrase that offers an opportunity for relationship building.

Unfortunately, when you hear someone say those words to you, it takes you by surprise. Then, your brain is immediately flooded with thoughts like, “I don’t have time now”, “what’s this about?”, or “this probably isn’t going to be good.” Any of those could be true, but don’t miss this opportunity to build a relationship.

While you may be surprised at their request, they are not, this was planned, and it means you’re an important person in their life. They need your wisdom, or to share something that’s important to them.

How you respond will improve or damage your relationship with them. Don’t blow them off, it will only damage the relationship. Make time for them, even if it means adjusting your schedule, and then give them your undivided attention. When you give your time and your attention, it says to them, “you’re important” and “I care about you.” They will never forget it and the relationship will be stronger.

You may also use that phrase intentionally to build new relationships or to maintain them. Let’s say you are attending a meeting. Among the participants are both someone you know, but haven’t talked to in a while, and someone new that you don’t know at all. Choose one of them and ask, “do you have a minute?”

You might read concern on their face for why you asked, but you can quickly re-assure them.

For the person you don’t know, acknowledge that you don’t know them, but would like a few minutes to get to know them. Start a new relationship with them. If they can’t talk then, schedule time.

For the person you know, let them know it’s been a while since you’ve spent time with them, and you want to catch up and see how they are doing.

Do this frequently when you attend meetings or events and over a year’s time you will have strengthened relationships and built new ones.

Whenever you possibly can, do good to those who need it. Never tell your neighbors to wait until tomorrow if you can help them now. Proverbs 3: 27-28 (GNT)