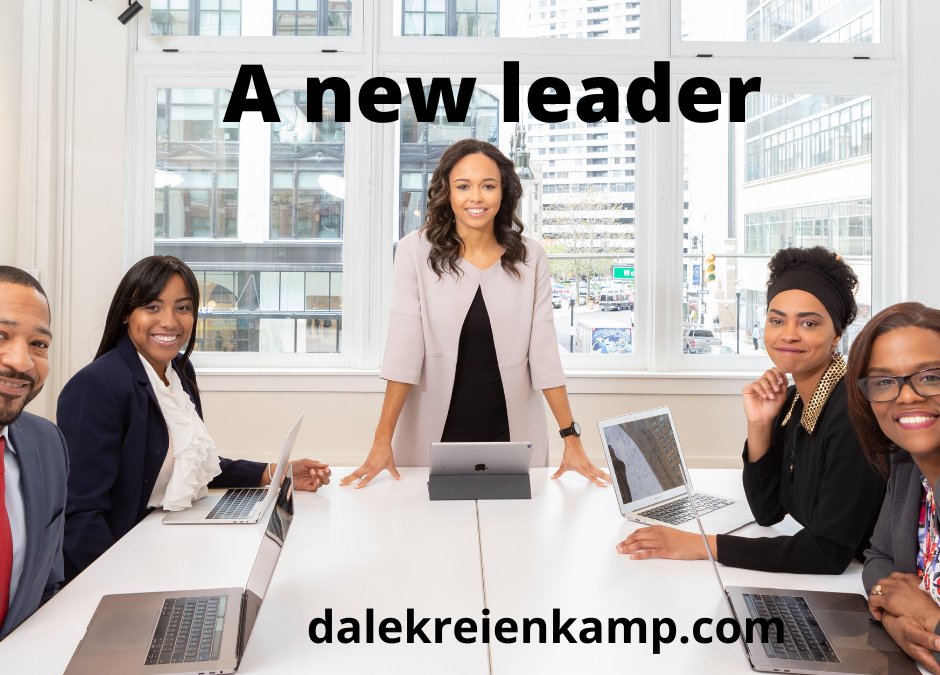 We rarely stop and think about the perspective of being the new leader of a department, a division, or an entire organization. I’ve been the “new leader” several times in my life.  Each time I assumed the role, I had some anxiety about what it meant for me and those I was going to work with. I’ve done it well and I’ve certainly made mistakes along the way. Here are some things I’ve learned that will help you or any other new leader.

When you work in a non-leadership role, success is usually based on the work you do as an individual.  When you move into the role of a leader, the definition of success changes, you are no longer the “doer” of work.  Success is now based upon the work of all of those on your team.  “I” must become “We.” When assuming responsibility as a leader, you are now responsible for the careers of all of those who report directly to you and their teams.  Your job is to help them be the best each of them can be.  Your success and theirs is linked together.  A good leader understands the importance and significance of this dynamic and never looks at those on their team as a steppingstone in their career.

In taking on the role, you will undoubtedly see things that you want to change. Sometimes those changes are necessary to make improvements that are needed, and sometimes it’s more of way for the new leader to put their “mark” on the team, to assert their role as a leader. Only emergencies require quick change.  Change will be more effective after you first get to know your team, both personally and professionally. Expect that some will resist the changes that need to be made, choosing to cling to the comfort of what they’ve been doing. Some will be ready for change but face the pressure of peers who are resisting the change.  Some will help lead the change. Prepare the team for change before moving forward.

Expect that some on the team will struggle.  You owe them your best to coach, train and encourage them to improve.  Some may not improve, and they may be holding the team back. Don’t let one or two individuals negatively impact the team’s performance.  As their leader, you will need wisdom in determining the fit of staff for their role.  When it’s not a good fit for their gifts and skills, help them go where they can succeed, hopefully within the organization, but a different role.

Resist pride. If you are like most new leaders, while you won’t say it publicly, deep down you want to prove that hiring or promoting you was the right decision. Without realizing it, you talk too much about your past successes, you want to be the person who has all the answers, or you make too many decisions yourself. All are subtle ways to let others know you are valuable.

Instead, spend your time building up your team. Pray for them. Affirm them and highlight their successes.

Remember you will need to make difficult decisions, it’s part of being a leader. If it was easy, they wouldn’t need you. You will need courage to act and make decisions that may not be popular but are the best for the team. In those difficult times, when decisions need to be made, pray for wisdom and courage, then act.